IN A NUTSHELL:
What is the sound of two brothers tapping? The Manzari Brothers of So You Think You Can Dance bring their blazing talent to the TEDMED stage.

BIO:
The Manzari Brothers, John and Leo, are performers who rocketed to overnight national stardom in 2010.  Then ages 17 and 15, respectively, they co-starred with tap-dance legend Maurice Hines in “Sophisticated Ladies” at the Lincoln Theater in Washington D.C.

Hines, who discovered the Brothers and subsequently became their mentor, said John and Leo are throwbacks to the great vaudeville tradition of performers who can “do it all” with style and charisma – tap, jazz, swing, ballet, calypso, singing and acting.

The world took notice and agreed.  PBS’s “NewsHour” spotlighted John and Leo Manzari in an 8-minute story on Hines.  Last summer’s special July 4th broadcast called “America, America” featured John and Leo with Grammy-winning vocalist BeBe Winans.  Other notable TV appearances by the Brothers include guest spots on the Jerry Lewis Telethon, “The Mo'Nique Show” and the season finale of “So You Think You Can Dance.”

The Manzari Brothers continue to garner acclaim with live performances, playing Michael Feinstein's Great American Songbook in Carmel, Indiana, and twice playing the Music Center at Strathmore Theater in Rockville, Maryland, where they were featured in Duke Ellington’s Songbook with Brian Stokes Mitchell, along with the Smithsonian Jazz Masterworks Orchestra, among others.

In their hometown of Washington, DC, the Brothers have performed at the Kennedy Center and at DC’s Jazz Festival at Lincoln Theater.  Also in the Nation’s Capital, Congresswoman Eleanor Holmes Norton has, every year, invited The Manzari Brothers to be her special guests for National Dance Day. 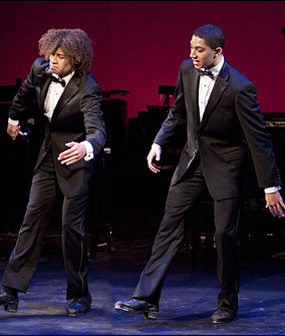 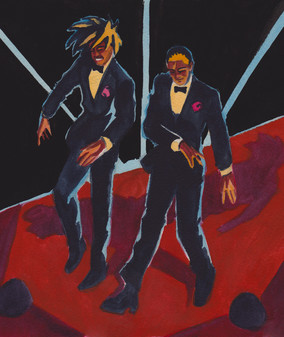