Laura Ziskin (Producer) has established herself as one of Hollywood's leading independent producers and studio executives with a passion for discovering new talent.

This year, Ziskin produced the third chapter in the popular Spider-Man film series. Spider-Man and Spider-Man 2 have grossed more than $1.5 billion worldwide and Spider-Man 3 which broke box office records worldwide has become the highest film in Sony's history.

In 2007, Ziskin produced the Academy Awards for the second time and instituted the first ever "Green" Oscar ceremony. The show was nominated for 9 Emmy Awards. In March 2002, she produced the 74th Annual Academy Award (the first women to produce the award solo). The show was nominated for eight Emmy Awards including Outstanding Variety, Music or Comedy Special.

In 1984, Zeskin partnered with Sally Field in Fogwood Films and produced Murphy's Romance, which yielded an Academy Award nomination for James Garner as Best Actor. She also produced No Way Out starring then newcomer Kevin Costner and Gene Hackman. In 1990, she was Executive Producer of Pretty Women, which remains one of the highest grossing films in Disney's history.

In 1991, Ziskin produced two films, the comedy hit What About Bob?, from a story by Ziskin and Alvin Sargent, starring Bill Murray and Dreyfuss and the critically acclaimed The Doctor starring William Hurt and Christine Lahti under the direction of Randa Haines. In 1992, Ziskin produced Hero, which was also from a story by Ziskin and Sargent, directed by Stephen Frears and starred Dustin Hoffman, Andy Gracia, and Geena Davis. In 1994, she produced To Die For starring Nicole Kidman (who won a Golden Globe as Best Actress Musical or Comedy) and directed by Gus Van Sant. She also developed and served as Executive Producer of Columbia Pictures' AS Good AS It Gets, which garnered Academy Awards for stars Helen Hunt and Jack Nicholson.

In 1994, Ziskin was named President of Fox 2000 Pictures, a newly formed feature film division of 20th Century Fox. Under her stewardship, Fox 2000 released such films as Courage Under Fire, One Fine Day, Inventing the Abbotts, Volcano, Soul Food, Never Been Kissed, Fight Club, Anywhere But Here, Anna and the King and The Thin Red Line, which garnered seven Academy Award nominations including Best Picture.

Ziskin has been actively involved in issues that concern the environment, health and families, having served on the board of Americans for a Safe Future, the National Council of Jewish Women and Education First. In Addition she was honored by Senator Barbara Boxer as a "Woman Making History" and by City of Hope as "Woman of the Year." She has also been honored with premier Magazine's "Women in Hollywood" award, the Big Sisters of Los Angeles Sterling Award, Women's Image Netwrok Award, Women in Film's crystal Award, the Isreal Film Festival's Visionary Award, The Wellness Community's Human Spirit Award and The Producers Guild of America's David O. Selznick Award. Laura most recently produced the historic three-network STAND UP TO CANCER televised event. 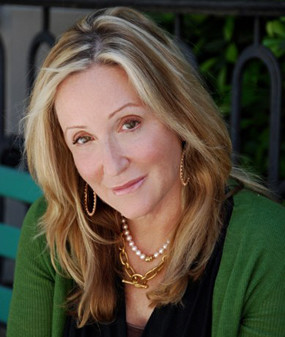