Author and newspaper columnist Marc Abrahams is the editor of the science humor magazine Annals of Improbable Research. At TEDMED 2014 he shared laughter-inducing and thought-provoking stories behind some of the winners of the Ig Nobel Prize Ceremony.

“Marc Abrahams is a perfectly calibrated filtration system into which all of science is poured and out of which comes pure, giddy goofball delight.” - Mary Roach

Marc Abrahams writes about research that makes people laugh, and then think. He co-founded and edits the science humor magazine Annals of Improbable Research, and writes books (including the recent This Is Improbable) and a column for The Guardian. Marc is the father and master of ceremonies of the Ig Nobel Prize Ceremony, honoring humorous scientific achievements. The Prizes are handed out by genuine Nobel Laureates at a ceremony held each autumn at Harvard University, and their recipients have included scientists who discovered that listening to opera reduced the chance of organ rejection in mice with transplanted hearts and the executives of Enron for adapting the concept of imaginary numbers for use in the business world.

Who or what had the most influence over your current work?
Martin Gardner. His column in Scientific American was officially about puzzles and games, but in fact also about math and science and how you go about figuring out what’s genuine and what’s not. In 1990 Martin kindly suggested I take the path that led me to everything I’m now doing professionally.

If you could meet anyone, living or dead, who would you meet? Why?
Mark Twain. He had apparently insatiable curiosity about pretty much everything.

What sparks your imagination?
The inexhaustible, unstoppable, improbable variety of ways that humans behave.

Q&A with Marc
Marc reflects on Ig Nobel history and the 2014 ceremony highlights on the TEDMED blog.

This Is Improbable Too: Synchronized Cows, Speedy Brain Extractors, and More WTF Research
M Abrahams, Oneworld Publications, 2014
Marc Abrahams collects the odd, the imaginative, and the brilliantly improbable from around the world.

The Ig Nobel Prizes 2: An All-New Collection of the World's Unlikeliest Research
Penguin, 2005

The Blonsky patent for a centrifugal force birthing device

Dr. Elena Bodnar and her invention, the Emergency Bra

See a list of all the Ig Nobel winners 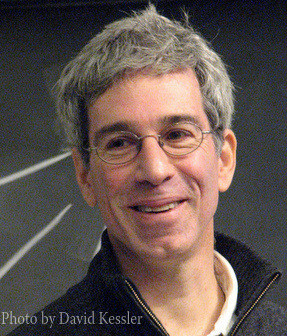 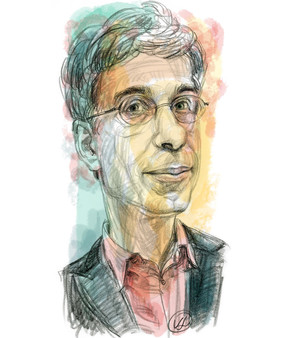