Dominick Farinacci, trumpeter and protégé of Wynton Marsalis gave a talk and performance with his band at TEDMED 2014. He has led the Lincoln Center expansion in Doha and has played music in the lobby of the Cleveland Clinic.

Wynton Marsalis recently gave trumpeter, humanitarian, and music education advocate Dominick Farinacci the title Global Ambassador to Jazz at Lincoln Center. After graduating from Juilliard in 2005, Dominick launched his career in Japan with a prolific run of eight albums, later releasing two more globally. He is a featured performer for the Cleveland Clinic in Ohio and Abu Dhabi, taking part in the first jazz performance for patients in Abu Dhabi. For Dominick, music and health go hand in hand. He has organized discussions around patient-doctor communication through music with Weill Cornell Medical College Qatar. He is also Founder and Artistic Director of the youth outreach initiative at the Tommy Lipuma Creative Center for the Arts in Cleveland and regularly works with non-profit groups.

What has had the most influence over your current work?
Arabic and Tango musicians. The melodies and rhythms are so incredibly beautiful and soulful. When we bring elements of each together, it illustrates how similar we all are, both musically and culturally.

What do you do to lift your spirits?
I organize every inch of my hotel room (been living in one for seven months now) and then listen to a recording of my close friend, pianist Aaron Diehl. I admire the way he musically organizes every single note and rhythm he plays.

If you could choose to stay any age forever, what age would you choose? Why?
I'd choose 35. I'm 31 now, and over the past 15 years I've been developing the basis of how I want to expand my career. It has seemed scattered at times, but recently the vision has come into acute focus. So I think by 35 it will be further developed and realized.

SoundClound
Listen to Dominick's music as he performs music from films, original songs, and the work of some of the greatest songwriters from around the world. 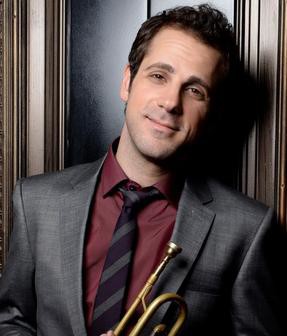 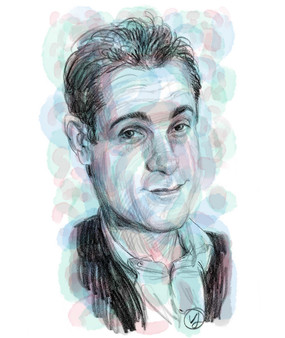