David Blaine is an American magician and endurance artist. He is best known for his high-profile feats of endurance, and has made his name as a performer of street and close-up magic. He has set and broken several world records. The New York Times has referred to Blaine as a modern day Houdini.

On April 30, 2008, Blaine appeared live on The Oprah Winfrey Show in a water-filled sphere, announcing to try and set a new world-record in the longest breath-holding category, after failing to surpass the then-current record in his previous attempt Drowned Alive. Since his original attempt, a new record of 16 minutes and 32 seconds had been set by Peter Colatof Switzerland on February 10, 2008. Before his latest attempt inside the 1,800-water-gallons-sphere, Blaine spent 23 minutes inhaling pure oxygen, packing his lungs with extra oxygen just before the breathing tubes were removed. Up to 30 minutes of so-called "oxygen hyperventilation" is allowed under guidelines.

After Blaine filled his lungs with pure oxygen, his heart rate remained at 130 during the second minute of the breath-hold and then stayed above 100 for much of the time. It was 124 in the 15th minute. The higher the heart rate, the more quickly oxygen is consumed, and the more painful the carbon dioxide buildup. Fortunately, his CO2 tolerance training (repeated breath holds every morning) was just enough to compensate. In the last minute, his heart rate became erratic and he got concerned enough to start rising from the bottom of the water-filled sphere, but he kept his head underwater more than a half minute longer than the old record.

Ultimately, Blaine held his breath for 17 minutes and 4.4 seconds to set the world record, according to Guinness World Records, surpassing Colat's previous mark of 16 minutes and 32 seconds. This was Blaine's first Guinness record.

During the interview with Oprah Winfrey after coming out of the sphere, Blaine stated: "I really thought I was not going to make it." He also claimed that he had managed it by staying in a meditative state which was helped by the stage lights reflecting off the sphere. According to Blaine, besides the pressure of performing on television, the heart-rate monitor happened to be close enough to his ear so that he heard its beeping, and he had to keep his feet locked in holds at the bottom of the sphere — instead of just floating freely, as he did in the pool on Grand Cayman months earlier. Back then he said he was so relaxed he "wasn’t even there" during most of the breath-hold. But when he emerged from the sphere today, he told Oprah, "I was pretty much here the whole time". 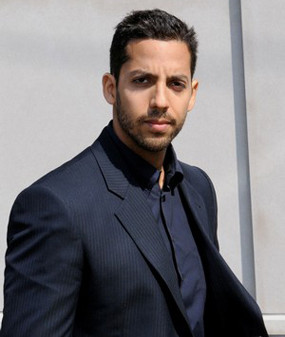