Rupa & the April Fishes performed their trademark world-influenced music under the direction of lead singer, composer, and musical director Rupa Marya, who is also a hospitalist at UCSF.

ABOUT RUPA & THE APRIL FISHES

Rupa & The April Fishes seek to celebrate beauty in pluralism and reinvigorate appreciation for living music with their diverse, global sounds. The band’s lead singer, composer, and musical director Rupa Marya is also a hospitalist at UCSF. The daughter of Punjabi immigrants, she was raised between the San Francisco Bay Area, France, and India, learning at an early age that the sound of the streets was where her heart found its home—not only in its inherent musicality, but also in the force of music as a bridge-builder. Rupa & The April Fishes weave stories of human struggle and resilience, with a rich mix of languages and instruments—in the end, not so different from a day on the medicine wards.

If you could meet your 10-year-old self, what would you tell her?

I would tell her to not be afraid to articulate her mind.

What sparks your imagination?

People and the beautiful and bizarre things we do.

If you were immortal for a day, what would you do?

I would go to Guantánamo Bay and apologize to each prisoner for the treatment they’ve received at the hands of the US government and let them know that many people in the US are outraged by the use of torture, rendition and the abandonment of habeas corpus.

Who had the most influence over your current work?

The people I encounter in my work as a physician and in my life as an artist open my mind and inquiry to their passions and their struggles and how these resonate with me and with others around the world. I see myself as an accompanist to life, searching out the themes and strings that bind us together across manufactured divides. I see myself as a student of death, to the transitions I witness around me. These things deeply inspire me.

LISTEN to Rupa & the April Fishes on Soundcloud 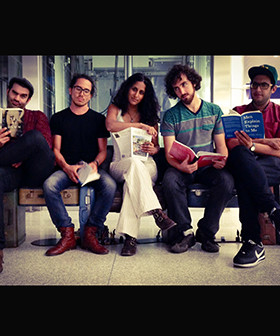 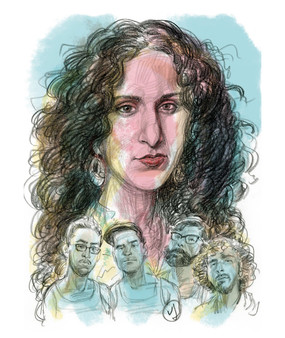