Miguel Nicolelis, M.D., Ph.D., is the Duke School of Medicine Professor of Neurosciences at Duke University, Professor of Neurobiology, Biomedical Engineering and Psychology and Neuroscience, and founder of Duke's Center for Neuroengineering. He is also Founder and Scientific Director of the Edmond and Lily Safra International Institute for Neuroscience of Natal. While Dr. Nicolelis is best known for his achievements in developing Brain Machine Interfaces (BMI) and neuroprosthetics in human patients and non-human primates, he has also developed an integrative approach to studying neurological and psychiatric disorders including Parkinson’s disease, epilepsy, schizophrenia and attention deficit disorder. Dr. Nicolelis believes that this approach will allow the integration of molecular and cellular systems with behavioral data in the same animal, producing a more complete understanding of the nature of the neurophysiological alterations associated with these disorders. Neuroscience laboratories around the world, including the U.S., Europe, Asia, and Latin America have incorporated Dr. Nicolelis’ multidisciplinary approach to study a variety of mammalian neuronal systems. Indeed, two of his books on multi-electrode recording techniques have become the most cited works in this field. His research has influenced basic and applied research in computer science, robotics, and biomedical engineering and is widely respected in the neuroscience community. Dr. Nicolelis is a member of the French, Brazilian and Pontifical Academies of Science and has authored nearly 200 manuscripts, edited numerous books and special journal publications, and holds three U.S. patents. His award-winning research has been published in Nature, Science, and Scientific American; has been reported in Newsweek, Time, and Discover; and on national and international TV networks and media outlets.

Can we move beyond the machine-brain barrier? (Miguel Nicolelis)

Thank you for your interest in my 2012 TEDMED talk "Can we move beyond the machine-brain barrier?" This kit includes three research articles which provide more detail about our work with developing brain-machine interfaces and neuroprosthetic devices to treat neurological disorders.

My book and lab websites contain additional materials which you may find of interest including images, recordings, movie files and links to articles: www.beyondboundariesnicolelis.net and
www.nicolelislab.net. 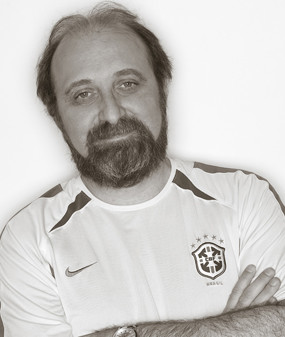 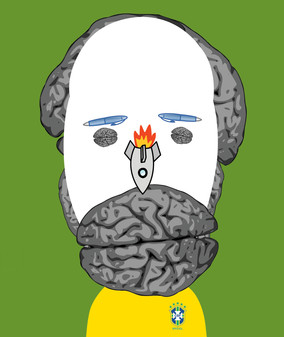 Founder of Duke’s Center for Neuroengineering