Sherwin B. Nuland, MD, FACS is Clinical Professor of Surgery (ret. 2009) at the Yale School of Medicine, and Fellow of the university's Institution for Social and Policy Studies, and of the Program in the History of Science and Medicine. He serves on the executive committee of Yale's Interdisciplinary Center for Bioethics and is a member of the Board of Directors of the Hastings Center, the nation's first Bioethics think tank, of which he is also a Fellow. He was a founding member of the Bioethics Committee of the Yale-New Haven Hospital, serving from 1986 to 2000.

Dr. Nuland is a graduate of the Bronx High School of Science (Arista Honor Society), New York University (summa cum laude; Alumni Achievement Award, 2001), and the Yale School of Medicine (Distinguished Alumni Service Award, 2005). After training in surgery at the Yale-New Haven Hospital, he practiced and taught there from 1962 to 1992, when he began to write full time. He considers the most rewarding work of his career to have been the bedside and operative care of the approximately 10,000 men and women who became his patients during those three decades. He continues to teach bioethics and medical history, and serves the university in various capacities.

After contributing to the literature of clinical research, surgery and medical history during the time of his practice, Dr. Nuland wrote his first book for the general reader, Doctors: The Biography of Medicine (Alfred A. Knopf, 1988), a history of medicine. Since then, he has written for The New Yorker, Time, Life, National Geographic, Discover, The New Republic, the New York Review of Books, the New York Times, the Boston Globe, the Los Angeles Times, Newsweek, and several other periodicals. He has served on the editorial boards of The New Republic, Perspectives in Biology and Medicine, the Journal of the History of Medicine and Allied Sciences and The American Scholar, for which he wrote a column on medicine entitled "The Uncertain Art," from 1998 to 2003. He has been awarded two honorary degrees: Doctor of Science from the University of Massachusetts and Doctor of Public Service from Cedar Crest College.

In 1994, Dr. Nuland published, How We Die, (Alfred A. Knopf), a reflection on the modern way of death, which was on the New York Times best-seller list for 34 weeks, with more than half a million copies sold in countries throughout the world, having been translated into 27 languages. It won that year's National Book Award, and was a finalist for the 1995 Pulitzer Prize and the Book Critics Circle Award. It was also awarded an IBBIE (Best Book of the Year Award), by the Internet Book Information Center.

Growing out of his interests in history, human biology, ethics and the nature of humanity, he undertook a wide-ranging study of all these preoccupations, resulting in the publication in 1997 of, The Wisdom of the Body (Alfred A. Knopf), available under the title of its paperback, How We Live, in English and 11 European and Asian languages.

Dr. Nuland's next book, The Mysteries Within: A Surgeon Explores Myth, Medicine and the Human Body (Simon and Schuster; Finalist, Los Angeles Times Book Prize)) describes the many ways in which superstition and religion have influenced the development of medical thought and our own notions of our bodies.

In the same year, Dr. Nuland published, Leonardo da Vinci, a volume in the Lipper/Viking Short Biography series. His, The Doctor's Plague: Germs, Childbed Fever and the Strange Story of Ignac Semmelweis, appeared in October, 2003 as a volume in the W.W. Norton Great Discoveries series. His biography of Moses Maimonides was published in October, 2005. He has written a memoir, Lost in America: A Journey with My Father (Alfred A. Knopf), published in January, 2003 (Ken Book Award of the National Alliance for the Mentally Ill, 2004; Finalist, Books For a Better Life Award, 2004). His next book, The Art of Aging: A Doctor's Prescription for Well-Being, was published by Random House in March, 2007. This was followed by The Uncertain Art, in 2008 (Random House) and The Soul of Medicine: Tales From the Bedside (Kaplan Publishing) in 2009. Most of these books are in multiple foreign translations.

Dr. Nuland is married to Sarah Peterson, a professional actor and director, and has four children ranging in age from 26 to 48. 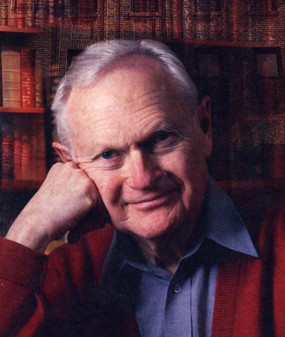