“Los Habañeros, features an elite lineup of some of New York’s most highly regarded musicians in Latin music and beyond.” — Timba.com

Gritty, witty, and streetwise, the Havana-born Gerardo Contino, “El Abogado de la Salsa,” sings timba—a progressive, raucous style of salsa. This former lead singer of the Cuban mega-group NG La Banda has broken out on his own with a new band and an explosive performing style. Gerardo Contino y Los Habañeros released their debut album in 2013 to critical acclaim, bringing their high-energy party on tours throughout the US, Europe, and Latin America. When not on stage, he is an entertainment lawyer in New York City and performs at the bedside of sick patients with Musicians on Call.

If you were immortal for a day, what would you do?

Walk to as many poor places that I can and show my music and my art there.

Who had the most influence over your current work?

My mother...she was the first fair listener that I had when I was nine years old. It was a hard time in my country (Cuba); we had a lot of blackouts, sometimes for 16 hours at a time. During those long nights, I sang for hours to my mom. She is my big inspiration today because she supported, encouraged, and listened to me.

Q&A with Gerardo on the TEDMED blog
Gerardo shares what’s next for him, and his experience at TEDMED. 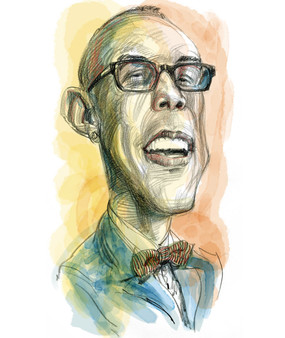