IN A NUTSHELL:
Painter and featured TED speaker Raghava KK shares his newest art, which adopts brainwave technology to help shift biases that limit us.

IN A NUTSHELL:
Raghava KK is a multidisciplinary artist and storyteller whose work is shown in galleries and museums around the world.

Having quit formal education at the age of 18 to start his career as a newspaper cartoonist, Raghava is today considered one of India's most successful young artists. He also applies his artistic practice beyond the gallery space. Raghava is actively involved in radical education initiatives to redefine the role of creativity in education.

His current work attempts to combine art and technology to bring multiple perspectives into the deployment of knowledge.

He lives and works in New York and Bangalore, India. He is currently working on his next show to open up his artwork to invite participation and redefine the role of the spectator.

What happens now...that I can read your brainwaves? (Raghava KK) 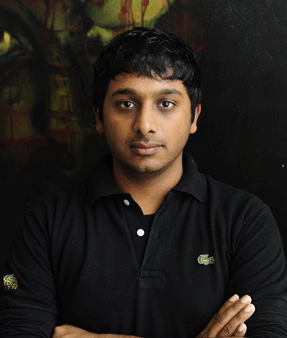 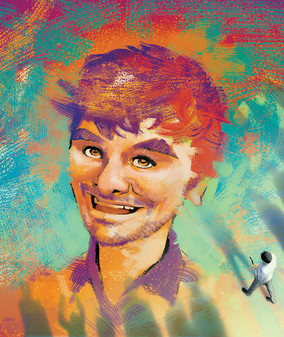