IN A NUTSHELL:
Like the words that inspire him, ichi-go ichi-e - each moment is unique - Kishi Bashi's multilayered violin-techno-pop music is truly one of a kind.

BIO:
Kaoru Ishibashi, who goes by the professional name Kishi Bashi, is a singer-songwriter, composer and performing artist who appears both solo and with groups. He plays multiple instruments including violin, keyboard and guitar, and his musical repertoire ranges from indie pop and rock to psychedelic pop. He sometimes uses Japanese singing as one of many sound layers in his creations, helping to suggest (to Western ears, at least) a sense of the ineffable. His first EP, Room For Dream, was released on Aerobic International in 2011. The artist describes it as “a dance between the earthbound materialism of captured art and its airy origins.” A second album, entitled 151a, appeared in 2012 on the Joyful Noise label.

Find out more about Kishi Bashi. 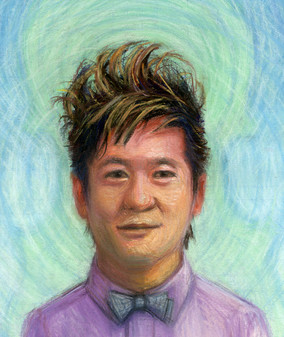