After surviving her own child marriage at the age of 11, Sherry Johnson is committed to ensuring the practice becomes illegal in every U.S. state. Currently, it is legal in almost all of them.

At age 11, Sherry Johnson was forced to marry her rapist, who was also the deacon of her Florida church. After raising nine children of her own by age 27, Sherry dedicated her life to ensuring that no child will ever be forced into marriage before they reach adulthood. Currently, child marriage is legal in almost every state in the US. In 2018, however, Florida implemented one of the country's strictest laws, requiring a person be at least 17 years old in order to get married. This significant legislative victory in Florida is largely attributable to Sherry, who has been advocating for policy change at the state capitol since 2012. Sherry is committed to sharing her story and repeating this success nationwide, as well as spreading her efforts globally, until it is illegal for children to marry everywhere around the globe.

Forgiving the Unforgivable: Purple in a Darker Color.  2013. 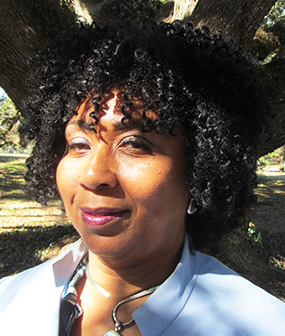