TRACES, by the Montreal-based troupe 7 Fingers, is currently playing an open-ended run at New York City’s Union Square Theatre. The show has been met with tremendous response from critics and audiences alike and was selected as one of Time Magazine’s “Top Ten Of 2011.” In TRACES, the human body is pushed to its limits as a group of friends leave their mark in a run-down warehouse through acrobatics, music, and dance. Fusing the traditions of circus with the energy of street performance, TRACES is an explosive display of raw emotion and physicality set to the music of Radiohead, VAST, Blackalicious, and more. Ben Brantley of The New York Times calls the show “A FIX OF PURE URBAN ADRENALINE” and Stephan Lee of Entertainment Weekly declares it “PULSE-POUNDING, ELECTRIC, AND IMMENSELY ENTERTAINING.” The New York Daily News’ Joe Dziemianowicz says TRACES is “THE SEXIEST CIRCUS IN TOWN.” TRACES features Creative Direction by 7 Fingers (Les 7 Doigts de la Main) and Direction & Choreography by Shana Carroll & Gypsy Snider. TRACES is performed by Mason Ames, Valérie Benôit-Charbonneau, Mathieu Cloutier, Bradley Henderson, Phillipe Normand-Jenny, Xia Zhengqi, and Florian Zumkehr. The show is produced by Fox Theatricals (Kristin Caskey & Mike Isaacson), Tom Gabbard, Amanda Dubois, The Denver Center for the Performing Arts, Nassib El-Husseini, and Thomas Lightburn.

How many fingers does your hand have? (Traces)

TRACES, the show that turns circus on its head, is about to enter its second thrilling year in New York. Created by the Montreal-based troupe 7 Fingers, TRACES has been playing the Union Square Theatre (100 East 17th Street) since opening to rave reviews in August 2011. Tickets are available via Ticketmaster.com (800-982- 2787).

Hiding just around the corner from New York’s Union Square is the city’s most acclaimed and groundbreaking circus. Stripping away everything you thought you knew about the Big Top, TRACES fuses the traditions of circus with the energy of street performance to create an explosive display of emotion and physicality set to the music of Radiohead, VAST, Blackalicious, and more. 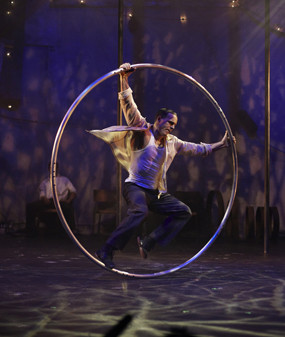 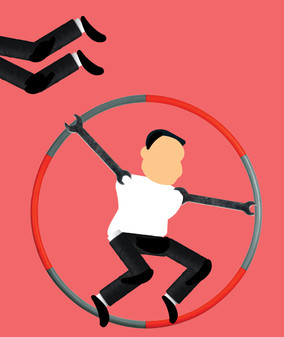