Alexander Tsiaras is an internationally renowned technologist, artist, journalist, entrepreneur and author. At the age of 19, Mr. Tsiaras returned to his parents' village and spent a year photographing and working with his uncles herding goats from the Macedonia Albanian boarders down to his mother’s village near the base of Mount Olympus, where he remained to produce his first book, “Death Rituals of Rural Greece” (Princeton University Press). Mr. Tsiaras attended Philips Academy and Amherst College, only two of the several schools he did not complete.

Mr. Tsiaras returned to New York to train as a painter and photographer, often working with sculptor George Segal and artist Lucas Samaras. Fascinated by the drama of medical imagery, he photographed a story with his brother about new ophthalmic techniques (his brother is an Ophthalmologist and Internist at Brown University). Mr. Tsiaras’ story was published by LIFE magazine. Subsequently, LIFE magazine produce six covers including an unprecedented entire issue about his work. Along with being an artist and journalist, he has taught himself mathematics and physics and developed his own lenses, including one for a microscope that was used to photograph the first images of human eggs in an in vitro fertilization program. Another lens was used for the endoscope that can photograph the fetus from outside the amniotic sack. The images resulting from this became cover stories for LIFE Magazine.

In 1989 Mr. Tsiaras realized the potential of computer generated imaging and learned UNIX, then C and C++ to write his own programs transferring his knowledge of light moving through physical space to light moving through tissue in virtual space. He was offered an adjunct professorship at both Brown and Yale University Medical schools. Working with Yale he received funding from NASA to write algorithms for virtual surgery, so that astronauts could be cut in robotics pods for deep space flights. As an artist and technologist, Tsiaras participated in developing scientific visualization software to enable him to “paint” the human anatomy using volume data. He incorporated a company -- Anatomical Travelogue -- to use his experience and knowledge for medical imaging and content production. The recipient of numerous awards, including the World Press Award and several Art Director's Awards, Tsiaras and his work have been featured on over 120 covers of magazines including LIFE, TIME, New York Times Magazine, Discover, Smithsonian, GEO, and the London Sunday Times Magazine. He is the author of “From Conception to Birth: a Life Unfolds”, “Architecture and Design of Man and Woman: The Marvel of the Human Body, Revealed”, “The InVision Guide to a Healthy Heart” and “The InVision Guide to a Sexual Health”

Tsiaras has keynoted and lectured at many conferences including the National Library of Medicine (NLM/NIH) Scientific Visualization Conference, TED, TEDMED, Ink Conference (in association with TED India), Molecular Imaging 2020, Medicine Meets Virtual Reality (MMVR), and has lectured with Stephen Hawking at the MIT Media Lab.

Mr. Tsiaras won the Webby Award for the best Health site on the Internet “Invision Guide to a Health Heart”. In 2009 he created and launched TheVisualMD.com, which is revolutionizing health information online by moving it from what is presently a text based system to a visually compelling evidenced based experience derived from real scans.

In January 2012 Mr. Tsiaras, in collaboration with Deepak Chopra, is launching “The 9 Visual Rules of Wellness”. The biggest global health media initiative ever produced, dedicated to visualizing the best evidence based science in the categories of prevention, disease management and compellingly visualizing pathways back to health. 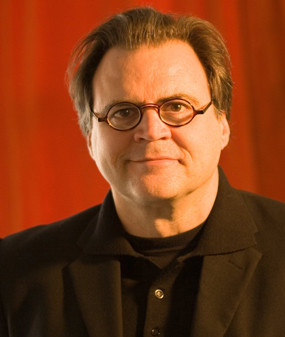 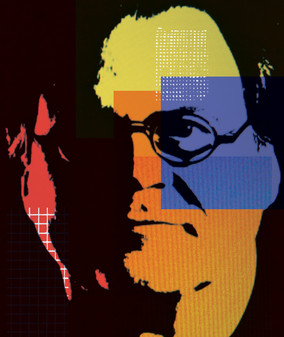