Dr. Peter Daszak, president of EcoHealth Alliance, is a leader in the field of conservation medicine and a respected disease ecologist. EcoHealth Alliance is a global organization dedicated to innovative conservation science linking ecology and the health of humans and wildlife. EcoHealth Alliance's mission is to provide scientists and educators with support for grassroots conservation efforts in 20 high-biodiversity countries in North America, Asia, Africa, and Latin America.

Nine years ago Dr. Daszak became the Executive Director of EcoHealth Alliance's Consortium for Conservation Medicine (CCM) - a collaborative think-tank of institutions including Johns Hopkins Bloomberg School of Public Health, The University of Pittsburgh Graduate School of Public Health, The University of Wisconsin-Madison Nelson Institute for Environmental Studies, Tufts Cummings School of Veterinary Medicine Center for Conservation Medicine, and the USGS National Wildlife Health Center. The CCM is the first formal inter-institutional partnership to link conservation and disease ecology. Dr. Daszak's research has been instrumental in revealing and predicting the impacts of emerging diseases on wildlife, livestock, and human populations.

As Executive Vice President of Health at EcoHealth Alliance, Dr. Daszak directed a program of collaborative research, education, and conservation policy. The program examined the role of wildlife trade in disease introduction; the emergence of novel zoonotic viruses lethal to humans such as Nipah, Hendra, SARS, and Avian Influenza; the role of diseases in the global decline of amphibian populations; and the ecology and impact of West Nile virus in the U.S. Dr. Daszak holds adjunct positions at three U.S. and two U.K. universities and serves on the National Research Council's committee on the future of veterinary research in the U.S.

Dr. Daszak has also consulted for other non-profit organizations and governmental agencies such as the OIE ad hoc working group on amphibian diseases, the National Academy of Sciences, U.S. Department of the Interior, International Union for the Conservation of Nature, National Institutes of Health, Australian Biosecurity CRC, DIVERSITAS, Society for Conservation Biology, and the Millennium Ecosystem Assessment. Dr. Daszak has been called upon time and again to advise governmental, commercial, and non-commercial organizations including, NASA and leading pharmaceutical companies, on issues ranging from the environment to national security.

With an impressive track record of more than 100 peer-reviewed published papers, Dr. Daszak has also authored book chapters, and his research has been featured in such publications as Nature, Science, The Lancet, Proceedings of the National Academy of Sciences, and Trends in Ecology and Evolution. He is a member of the editorial board of Conservation Biology and is co-editor of the Springer journal EcoHealth, as well as a founding director and treasurer of the International Association for Ecology and Health. He is a recipient of the 2000 CSIRO medal for collaborative research, and his work has been the focus of extensive media coverage, including articles in The New York Times, The Wall Street Journal, The Economist, The Washington Post, US News & World Report and broadcast appearances on 60 Minutes II, CNN, ABC, NPR's Talk of the Nation, Morning Edition, and Fresh Air with Terry Gross.

Highlights of Dr. Peter Daszak's work include:
• Uncovering the wildlife origin of the SARS virus
• Identifying the first case of a species extinction caused by a disease
• Discovering a disease responsible for global amphibian population declines
• Calling attention to the global effects of emerging wildlife diseases on conservation and biodiversity
• Demonstrating the link between global trade and disease emergence via a process called "pathogen pollution"
• Mapping emerging disease "hotspots" around the globe and instituting surveillance to warn of possible pandemics. 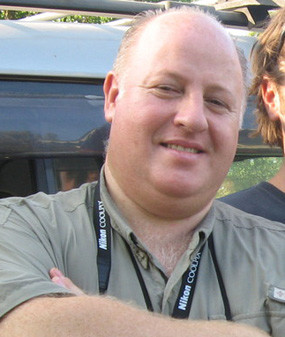