Neurosurgeon and PhD researcher Uzma Samadani is the cofounder of Oculogica, a neurodiagnostic company that specializes in using eye-tracking technology to detect concussions and other brain injuries that are invisible to radiologic scans. She shared her journey of discovery on the TEDMED 2014 stage.

“For doctors who treat brain injury, this might be a quantum leap… Concussion does not have to be invisible.” — Uzma Samadani

Uzma Samadan1 is a neurosurgeon, PhD researcher, and cofounder of Oculogica, a neurodiagnostic company specializing in detecting concussions and other brain injuries invisible on radiologic scans. In 2012, while working with patients whose ability to watch TV could serve as a gauge for the severity of their disease, Uzma discovered a non-invasive, bedside eye-tracking technology that will help diagnose brain injuries. She is the Chief of Neurosurgery at the New York Harbor Health Care System and Assistant Professor at NYU (Neurosurgery, Psychiatry, and Physiology & Neuroscience Departments) as well as Co-director of the Steven & Alexandra Cohen Veterans Center for the Study of Post-Traumatic Stress and Traumatic Brain Injury at NYU Langone. Clinically, her focus is on cranial surgery including brain tumors and trauma. She serves on the Executive Board of the American Association of Neurological Surgeons Trauma Section and is President-Elect of Women in Neurosurgery. 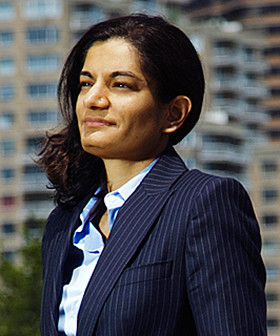 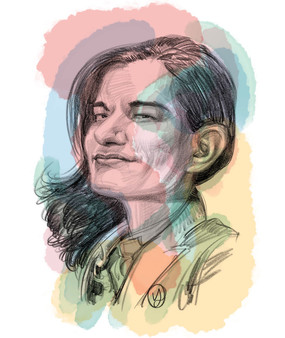