Susan Desmond-Hellmann, MD, MPH became the ninth Chancellor of the University of California, San Francisco (UCSF) in August 2009. An oncologist and renowned biotechnology leader, Desmond-Hellmann holds the Arthur and Toni Rembe Rock Distinguished Professor appointment at UCSF. In her role as Chancellor, she oversees all aspects of the university and medical center’s strategy and operations.

In her first three years as Chancellor, Desmond-Hellmann has overseen an in-depth review of the University’s business model, developed a three-year plan with associated goals, supported the creation of research partnerships with industry leaders such as Pfizer and Bayer, and appointed UCSF’s first Vice Chancellor of Diversity and Outreach.  She also has been actively involved in shaping biomedical policy. In 2011, Desmond-Hellmann co-chaired a National Academies committee that produced the report, “Toward Precision Medicine: Building a Knowledge Network for Biomedical Research and a New Taxonomy of Disease.” She also served as a member of the National Institutes of Health’s advisory committee on the National Center for Advancing Translational Science (NCATS).

Prior to joining UCSF, Desmond-Hellmann spent 14 years at Genentech. From 2004-2009, she served as President, Product Development. In this role, she was responsible for Genentech’s pre-clinical and clinical development, process research and development, business development and product portfolio management. During her tenure, Desmond-Hellmann led efforts to bring a number of breakthrough cancer medicines to the marketplace. BayBio honored her with a biotechnology lifetime achievement award in 2009.

Desmond-Hellmann is the recipient of numerous honors and awards. In November 2009, Forbes magazine named her one of the world's seven most "powerful innovators," calling her "a hero to legions of cancer patients." She was listed among Fortune magazine’s “top 50 most powerful women in business” for seven years and, in 2010, was inducted into the American Academy of Arts and Sciences and elected to the Institute of Medicine. In June 2011, Princeton University awarded her an honorary Doctor of Science degree.

Desmond-Hellmann completed her clinical training at UCSF and is board-certified in internal medicine and medical oncology. She holds a master’s degree in public health from the University of California, Berkeley. During her training at UCSF, she spent two years as a visiting faculty member at the Uganda Cancer Institute, studying HIV/AIDS and cancer. She later worked two years in private practice as a medical oncologist before returning to clinical research. 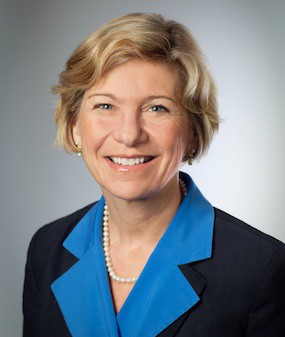 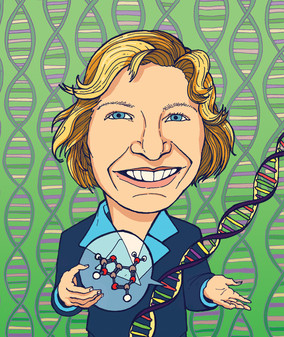