IN A NUTSHELL:
Astrophysicist turned computer scientist Larry Smarr is the patient of the future.  He will reveal how charting his bodily inputs and outputs in minute detail is changing medicine from the outside-in.

BIO:
Larry Smarr is the founding Director of the California Institute for Telecommunications and Information Technology (Calit2), a UC San Diego/UC Irvine partnership, and holds the Harry E. Gruber professorship in the Department of Computer Science and Engineering (CSE) of UCSD’s Jacobs School of Engineering. At Calit2, he has continued to drive major developments in information infrastructure-- including the Internet, Web, scientific visualization, virtual reality, and global telepresence--begun during his previous 15 years as founding Director of the National Center for Supercomputing Applications (NCSA). His views have been quoted in Science, Nature, the New York Times, Wall Street Journal, Time, Newsweek, Wired, Fortune, Business Week, the Atlantic Magazine, and Xconomy.

He is a member of the National Academy of Engineering as well as a Fellow of the American Physical Society and the American Academy of Arts and Sciences.  In 2006 he received the IEEE Computer Society Tsutomu Kanai Award for his lifetime achievements in distributed computing systems.  He serves on the NASA Advisory Council to the NASA Administrator, the DOE ESnet Policy Board, and chairs the NSF Advisory Committee on Cyberinfrastructure.  For eight years he was a member of the NIH Advisory Committee to the NIH Director, serving 3 directors. For the last 7 years he has been the PI of the Moore Foundation CAMERA global microbial metagenomics computational repository and he serves on the Scientific Advisory Board of Complete Genomics, Inc.  His personal interests include growing orchids, snorkeling coral reefs, and quantifying the state of his body. 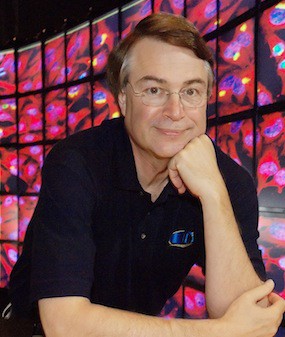 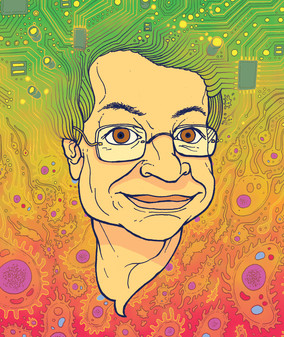