BIO:
Afro Blue, a widely acclaimed vocal jazz ensemble, is known as a “vocal big band.”  Based at Howard University in Washington, DC, the group has repeatedly been named “best graduate college vocal jazz ensemble” by DownBeat Magazine. Professor Connaitre Miller formed Afro Blue in 2002.  Since then the ensemble has been featured on NPR’s All Things Considered and has reached the final four on NBC’s The Sing-Off.  Afro Blue also collaborated with the legendary Bobby McFerrin in what has been called “the finest concert in DC Jazz Festival history.” Recent  honors include awards for Best A Cappella Group and Album of the Year from the Washington Area Music Association. 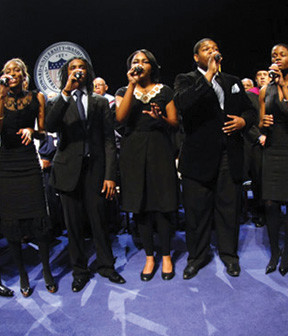 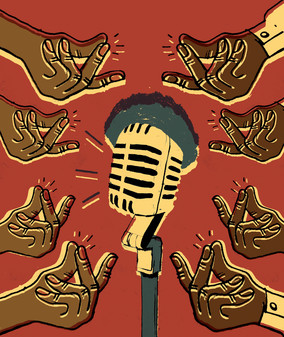