IN A NUTSHELL:
50 miles, 50 days, 50 states: Ultramarathonman Dean Karnazes will share his remarkable story about going the distance.

BIO:
TIME magazine named him one of the “Top 100 Most Influential People in the World.” Men’s Fitness hailed him as one of the fittest men on the planet. Stan Lee called him, “Super Human.” An acclaimed endurance athlete and New York Times bestselling author, Dean Karnazes has pushed his body and mind to inconceivable limits. Among his many accomplishments, he has run 350 continuous miles, foregoing sleep for three nights. He’s run across the Sahara Desert in 120-degree temperatures, and he’s run a marathon to the South Pole in negative 40 degrees. On ten different occasions he’s run a 200-mile relay race solo, racing alongside teams of twelve. Dean has swum the San Francisco Bay, has scaled mountains, bike raced for 24-hours straight, and surfed the gigantic waves off the coast of Hawaii. His long list of competitive achievements include winning the world’s toughest footrace, the Badwater Ultramarathon, running 135 miles nonstop across Death Valley during the middle of summer. He has raced and competed on all seven continents of the planet, twice over.

In 2006 he accomplished the seemingly impossible by running 50 marathons, in all 50 US states, in 50 consecutive days, finishing with the NYC Marathon, which he ran in three hours flat! In 2011 Dean ran 3,000 miles from the coast of California to New York City, averaging 40 to 50 miles per day (one day covering more than 70!). Along the way he stopped at schools to speak to students about the importance of exercise and healthy eating. When passing through Washington DC, he was invited to run through the White House to meet with First Lady Michelle Obama and be honored for his tireless commitment to help get this country back into shape.

Dean and his incredible adventures have been featured on the TODAY Show, 60 Minutes, The Late Show with David Letterman, CBS News, CNN, ESPN, The Howard Stern Show, NPR’s Morning Edition, Late Night with Conan O’Brien, the BBC, and many others. He has appeared on the cover of Runner’s World, Outside, and Wired magazines, and has been featured in TIME, Newsweek, People, GQ, the New York Times, USA TODAY, the Washington Post, Men’s Journal, Forbes, the Chicago Tribune, the Los Angeles Times, and the London Telegraph, to mention a few. Dean is the winner of an ESPN ESPY and a 3-time recipient of Competitor magazines Endurance Athlete of the Year award.

Yet, it is his unique ability to enthuse athletes of all abilities and backgrounds that truly set Dean apart. Despite his many accomplishments, awards and distinctions, he remains most proud of his ongoing contributions of time and funding to programs aimed at getting children and youth outdoors and active. He has raised millions of dollars for charity and was awarded the prestigious Community Leadership Award by the President’s Council on Physical Fitness & Sports.

Beyond being a celebrated endurance athlete, philanthropist, and bestselling author, Dean is an accomplished businessman with a notable professional career working for several Fortune 500 companies and startups alike. A graduate of the USF McLaren School of Business & Management, he is uniquely able to demonstrate how the lessons learned from athletics can be applied to business, and he is able to convey, with authenticity, the many insights he has gleaned along the way as a record-setting athlete and professional businessman.

Dean is a sought-after speaker who has captivated and inspired audiences across the country with his stories of persistence and perseverance. His dynamic, engaging and rousing presentations focus on going beyond perceived limitations to be the best that you can be. He talks about unlocking an inner strength to achieve extraordinary results. His real-life examples explore the topics of: dealing with adversity, overcoming obstacles, setting and reaching lofty goals, the importance of teamwork, even in solo endeavors, and excelling in a competitive, and often confusing, world. In his presentations, he examines and discusses the essential ingredients necessary for high-achievement and developing the ability to prevail and preserve against staggering odds.

Dean is believable, because his achievements and accomplishments are real. He delivers his message with the insight and candor that only an individual who has lived through such experiences can. Dean’s stories of endurance and perseverance are often comical, sometimes tear-jerking, and always thought-provoking and entertaining. His roster of clients include: Nike, Google, Sony, PepsiCo, Wells Fargo, Apple, Merck, Toyota, Starbucks, Accenture, Stanford University, Yale, JP Morgan Chase, Facebook, and a host of others. 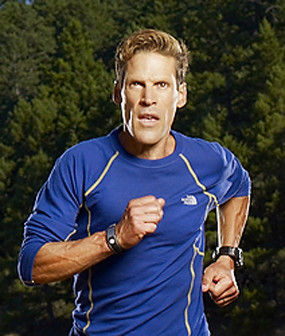 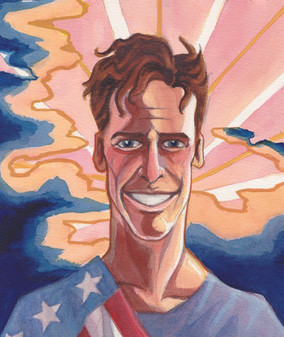