Albert-László Barabási is a Distinguished University Professor at Northeastern University, where he directs the Center for Complex Network Research, and holds appointments in the departments of physics, computer science and biology, as well as in the Department of Medicine, Harvard Medical School and Brigham and Women Hospital, and is a member of the Center for Cancer Systems Biology at Dana Farber Cancer Institute.

A Hungarian-born native of Transylvania, Romania, Barabási received his masters in theoretical physics at the Eötvös University in Budapest, Hungary and was awarded a Ph.D. three years later at Boston University. After a year at the IBM T.J. Watson Research Center, he joined Notre Dame as an assistant professor, and in 2001 was promoted to professor and the Emil T. Hofman Chair.

Barabási recently released his newest book Bursts: The Hidden Pattern Behind Everything We Do (Dutton, 2010). He has also authored Linked: The New Science of Networks (Perseus, 2002), is co-author of Fractal Concepts in Surface Growth (Cambridge, 1995), and the co-editor of The Structure and Dynamics of Networks (Princeton, 2005).

His work lead to the discovery of scale-free networks in 1999, and proposed the Barabasi-Albert model to explain their widespread emergence in natural, technological and social systems, from the cellular telephone to the WWW or online communities.

His work on complex networks have been widely featured in leading global print and broadcast media outlets, from covers of Nature, Science News and many other journals to the BBC and CNN. 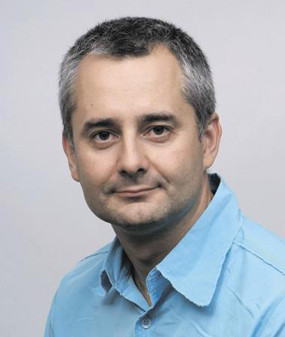 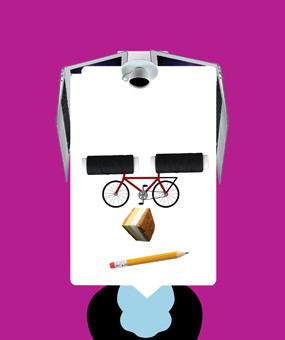 Director of the Center for Complex Network Research, Northeastern University