Dr. Deepak Chopra is the Founder of Chopra Center for Wellbeing in Carlsbad, California and Manhattan, New York. Copra's Wellness Radio airs weekly on Sirius/XM Stars, Channels 102 and 55, which focuses on the area success, love, sexuality and relationships, well being, and spirituality.

Chopra is known as a prolific author of over seventy-five books with twenty-one best sellers on mind-body health, quantum mechanics, spirituality, and peace. A global force in the field of human empowerment, Dr. Chopra books has been published in more than eighty-five languages in both fiction and nonfiction. His New York Times best sellers, Peace is the Way won the Quill Awards and The Book of Secrets was awarded the grand prize at the 2005 Nautilus Book Award. In October 2009, his book, Reinventing the Body, Resurrecting the Soul will be released. He is columnist for the San Francisco Chronicle and Washington Post On Faith and contributes regularly to Intent.com and Huffington Post.

Deepak Chopra's popularity as an international presenter and keynote speaker is exemplified in an impressive list of honorariums. He participates annually as a lecturer at the Update in Internal Medicine event sponsored by Harvard Medical School, Department of Continuing Education and the Department of Medicine, Beth Israel Deaconess Medical Center since 1997. Dr. Chopra is a fellow of the American College of Physicians, a member of the American Association of Clinical Endocrinologists, an Adjunct Professor at Kellogg School of Management and Senior Scientist with The Gallup Organization. 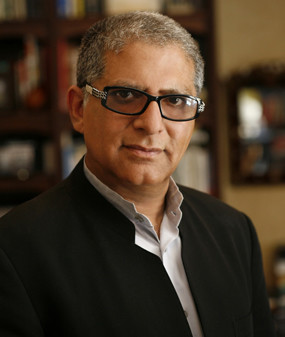