Eric Dishman spent time as Chief Strategist and Global Director of Product Research, Innovation, and Policy for Intel's Digital Health Group, which he helped to launch in 1999. He currently serves as the General Manager for Health and Life Sciences at Intel. His group is responsible for driving Intel's worldwide healthcare research, new product innovation, strategic planning, and health policy/standards activities. In 2007, Eric was named an Intel Fellow, one of only 46 Intel executives awarded this designation in recognition of industry leadership in science, technology, and innovation. Eric is widely recognized as a global leader in driving health care reform through home and community-based technologies and services, focusing in particular on enabling seniors to live independently. He and his team's work have been featured in publications such as the New York Times, Washington Post, Business Week, and USA Today. The Wall Street journal named him one of "12 People Who Are Changing Your Retirement."

An internationally renowned speaker, Eric has delivered dozens of prominent keynotes across the globe on independent living, for events such as the annual Consumer Electronics Show and organizations such as the National Governors Association and the IAHSA International Conference. He has published dozens of articles on independent living technologies and co-authored many government reports on health information technologies and health reform. He also has co-founded some of the world's largest research and policy organizations devoted to advancing the cause of independent Living (TRIL) Center; the Center for Aging Services Technologies (CAST) program; and the Oregon Center for Aging & Technology (ORCATECH). Over the years, Eric has received numerous awards for his work in helping to shape the future of health care. 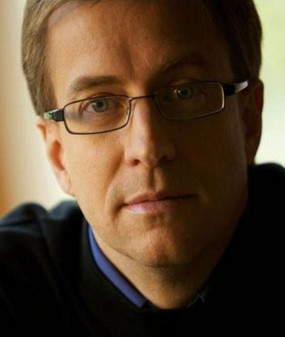