IN A NUTSHELL:
Inventor of parallel computing and former Disney Imagineer Danny Hillis will guide us through his many journeys of extraordinary thinking.

BIO:
Danny is an inventor, scientist, author and engineer. While completing his doctorate at MIT, he pioneered the concept of parallel computers that is now the basis for most supercomputers, as well as the RAID disk array technology used to store large databases. He holds over 100 U.S. patents, covering parallel computers, disk arrays, forgery prevention methods, and various electronic and mechanical devices. Danny is also the designer of a 10,000-year mechanical clock.

In addition to his leadership role at Applied Minds, he is co-chairman of The Long Now Foundation, research professor of engineering at the USC Viterbi School of Engineering and professor of research medicine at the Keck School of Medicine of USC, and serves on the board of the Hertz Foundation. He has also served on the Science Board of the Santa Fe Institute, the Advisory Board of Yale’s Institute for Biospheric Studies, and SETI Institute’s Technical Advisory Committee. Danny is the recipient of numerous awards, including the inaugural Dan David Prize for shaping and enriching society and public life, the Spirit of American Creativity Award for his inventions, the Hopper Award for his contributions to computer science and the Ramanujan Award for his work in applied mathematics. He is a Fellow of the Association of Computing Machinery, a Fellow of the American Academy of Arts and Sciences, a Fellow in the International Leadership Forum and is a member of the National Academy of Engineering.

Previously, Danny was Vice President, Research and Development at Walt Disney Imagineering, and a Disney Fellow. Before that, he co-founded Thinking Machines Corp., which was the leading innovator in massive parallel supercomputers and RAID disk arrays. In addition to conceiving and designing the company’s major products, Danny worked closely with his customers in applying parallel computers to problems in astrophysics, aircraft design, financial analysis, genetics, computer graphics, medical imaging, image understanding, neurobiology, materials science, cryptography and subatomic physics. At Thinking Machines, he built a technical team comprised of scientists and engineers that were widely acknowledged to have been among the best in the industry. 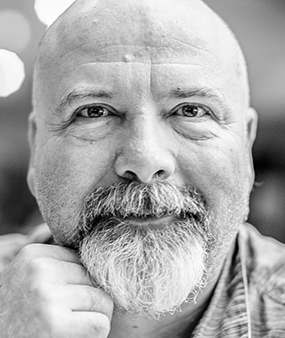 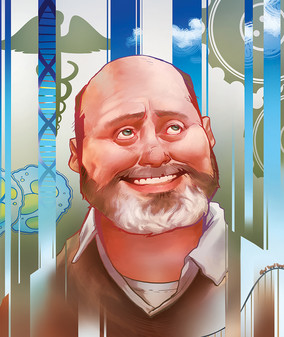