Clifton Leaf, a journalist and lecturer, is currently writing a book on the war on cancer to be published by Alfred A. Knopf. Previously, he was Executive Editor at Fortune, where in addition to editing features, he directed the magazine’s Wall Street and investing coverage for several years. Cliff, a two-time finalist for the National Magazine Award, has also written a number of prominent articles on science, medicine, and regulatory reform—including a 2004 cover story for Fortune entitled, “Why We’re Losing the War on Cancer (And How to Win It),” which won the Gerald Loeb Award for Distinguished Business Journalism, the Henry R. Luce Award for public service, and the NIHCM’s 2005 Health Care Journalism Award.

A keynote or featured speaker at more than two dozen scientific conferences around the world, Cliff has presented testimony to the President’s Cancer Panel three times, delivered “Grand Rounds” at the National Cancer Institute, and given a plenary address at the annual meeting of the American Association for Cancer Research. He has been a moderator or panelist in numerous cancer-related meetings, including three Capitol Hill briefings or “Town Halls” for members of Congress. And until recently, he served on the national board of directors for Susan G. Komen for the Cure, the world’s largest breast cancer charity.

Honored by the National Coalition for Cancer Survivorship with its 2005 Ribbon of Hope, Cliff has received leadership awards from Friends of Cancer Research and The Prostate.Net; and in 2006, media giant TimeWarner recognized him with its highest commendation for community service, the Andrew Heiskell Award. Prior to joining Fortune in February 2000, he was Executive Editor of SmartMoney, and before that held editorial positions at Fitness Magazine and Harper’s Bazaar. He has written for The New York Times and many other national publications, and has been a guest on Charlie Rose, the Today Show, CNN, and National Public Radio. A graduate of Williams College (1985), Cliff later received a Master of Fine Arts in writing from Sarah Lawrence College (1993). 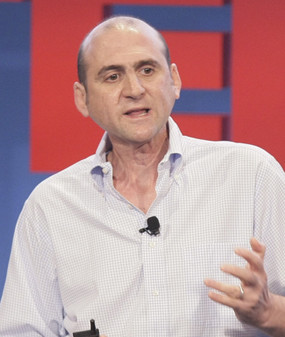