A confessed "congenital geek," Chuck is inventor, artist, scientist and expressive raconteur. As a practitioner of Design Coup d'œil (the habit of seeing overarching structural issues at a glance), Chuck seeks the essential core of any system, whether science, art, or technology. He is most at home in novel situations, figuring things out on the fly. These tendencies have led Chuck to garner experience in surgical robotics, functional morphology, biomechanics, fluid dynamics, miniature robotics, autonomous underwater vehicles, ballistics, maritime communications, entertainment effects, teaching, design (graphic, exhibit and industrial) and filmmaking. Never at rest, he’s had 100 shows of his paintings and sculpture, with dozens of papers published in biology, engineering and patents issued or pending. Having raised millions for research and now on his third startup, Chuck has the nagging suspicion he’s become a serial entrepreneur.

Approached by longtime colleague Hugh Crenshaw about launching a medtech startup, Pell was shocked into action by the mélange of venerable, if ancient, equipment in service alongside refined high-tech devices, even in the finest hospitals – and the fact that decades of mature biomechanical insights have yet to influence the design of many ubiquitous medical devices. For example, every 15 seconds a patient's rib cage is cracked open using a 75-year-old design; over 90% of thoracic surgeries are still open-chest. Having lost family to this state of affairs, he leapt at the chance. Chuck views the human body as a viscoelastic, fibrous biocomposite machine actuated by contractile polymers and, as such, it presents a clear choice: respect the physics of tissues, or cause damage. Since such damage is commonplace, unacceptable, and preventable, every project at Physcient is dedicated to improving patient outcomes by preventing tissue trauma through intelligent application of modern biomechanics.

Chuck is designing the next generation of surgical instruments: hand-held robotic smart tools that sense (and respond) to their environment, which includes the patient and her tissues. Cracking a rib cage with conventional steel tools makes recovery long and painful. In contrast, smart surgical tools smoothly adjust their motion to give the surgeon her best views and give the patient freedom from damage. "It's not the hole that hurts," says Pell. "It's how you make the hole. Change the instrument, not the procedure; stop the damage, reduce the pain, speed recovery. This is months away - not years."

Before Physcient, Chuck was co-founder and Director of Science & Technology of Nekton Research, LLC, a leader in unmanned underwater robots and expendable maritime devices. Nekton developed biomimetic subs, creating the world's fastest, the most maneuverable, the smallest and the simplest underwater robots. Acquired in 2008, it continues innovating as iRobot's Maritime Systems division. Chuck also provided platform technology for Parata Systems, a 500-employee pharmaceutical robotics firm incubated at Nekton that has installed >1,500 high-speed robots at retail sites nationwide. Before Nekton, Chuck co-founded (with Stephen Wainwright) the Duke University Zoology BioDesign Studio where researchers collaborated to build hundreds of physical, working models of organisms. Prior to Duke, Chuck was Director of R&D at Dinamation, a firm that built full-size robotic dinosaurs and hands-on science exhibits for display worldwide. Fascinated by shape, pattern and flow, Chuck also builds boomerangs, paleolithic tools, catapults and kayaks. He serves on Boards, is an avid volunteer at several institutions including the North Carolina Museum of Life and Science, occasionally sleeps, and travels to give talks (examples include: --The Benefits of Blending Art & Science; --Never Launch A Rocket In Your Room; -- and How To Fail Early & Often, When It’s Cheap). Pell holds an MFA in Sculpture and Painting from the University of Notre Dame and a BFA in Sculpture and Video from Western Michigan University. 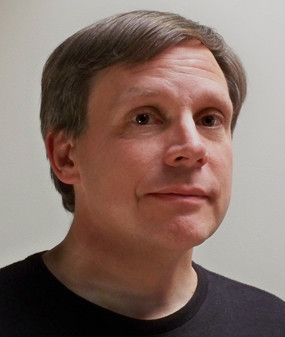 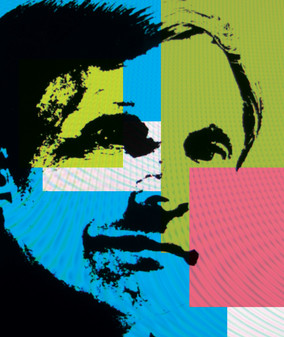