Beatie Wolfe brings the artful core of our humanity to life through music that highlights the depth of our human intention for storytelling and ceremony.

Self-proclaimed “musical weirdo”, Beatie Wolfe is a visionary dedicated to pioneering new formats for music, which reunite tangibility, storytelling and ceremony. She is the co-founder of the profound research project,The Times, which looks at the power of music for people living with dementia. The Times was picked up by Stanford, the Alzheimer's Association, and led to the establishment of the charity Music For Dementia 2020. WIRED Magazine named Beatie one of "22 people changing the world". She has created a series of world-first designs that bridge the physical and digital, which include: a 3D theatre for the palm of your hand; a wearable record jacket; and most recently, an ‘anti-stream’ from the quietest room on earth and space beam via the Big Bang horn. Europe's largest art centre, Barbican, commissioned a documentary about Beatie entitled: Orange Juice for the Ears: From Space Beams to Anti-Streams which explores her music, innovations, philanthropic work and the shared intention that connects them all. 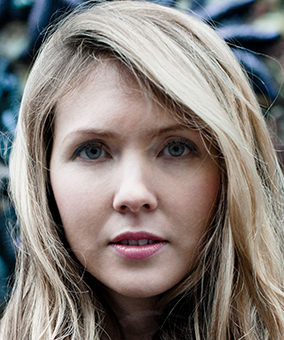 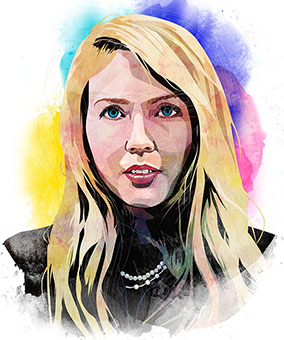