It can sometimes feel like it is impossible to heal our hearts and our minds. Frederick Streeter Barrett discloses the ways that psychedelic experiences may allow us to tap into resources within ourselves to heal and to grow.

Johns Hopkins University School of Medicine Professor, Frederick Streeter Barrett, is a core faculty member of the Center for Psychedelic and Consciousness Research. His work explores the neural basis of emotional functioning and altered states of consciousness at the intersection of music, pharmacological interventions, behavioral measures, computerized testing, and brain imaging techniques. Frederick’s latest research sheds light on the acute and long-term effects of psychedelic experiences on emotions, cognition, and the brain. He has shown that psychedelic drugs such as psilocybin and LSD, when they are active in the body, disrupt brain networks that support cognitive control. This may occur by short-circuiting a key brain region called the claustrum, which is the potential seat of consciousness in the brain. At the same time, psychedelic drugs facilitate activity in brain regions that support emotions, memories, and meaning making, especially brain regions that are recruited by music. The long-term effects of this experience include a reduction in negative emotions and an enduring increase in positive emotions, which may, in part, explain the therapeutic value of psychedelics when treating mood and substance use disorders. 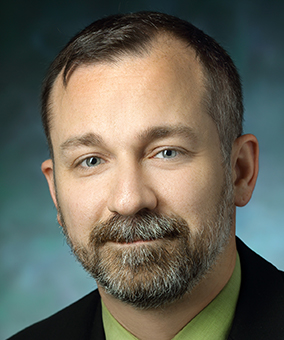 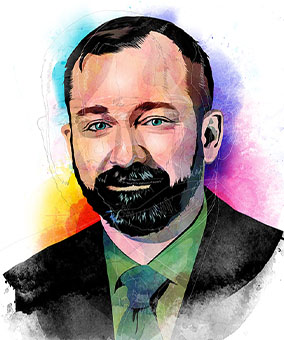