Mathias Basner studies how the noise we hear everywhere throughout our daily lives affects our health in ways that go far beyond our hearing.

Mathias Basner, MD, PhD, MSc is an Associate Professor in the Department of Psychiatry at the University of Pennsylvania Perelman School of Medicine. His primary research interests concern the effects of sleep loss on neurobehavioral and cognitive functions, population studies on sleep time and waking activities, the effects of traffic noise on sleep and health, and Astronaut behavioral health on long-duration space missions. These research areas overlap widely. Mathias has published 80+ journal articles and reviewed articles for 80+ scientific journals. He is currently on the editorial board of the journals Sleep Health and Frontiers in Physiology.

Between 1999 and 2008, Mathias conducted several large scale laboratory and field studies on the effects of traffic noise on sleep at the German Aerospace Center. For this research, Mathias was awarded the German Aerospace Center Research Award in 2007 and the Science Award of the German Academy for Aviation and Travel Medicine in 2010. Mathias developed an ECG-based algorithm for the automatic identification of autonomic activations associated with cortical arousal that was used in several field studies to non-invasively assess the effects of aircraft noise on sleep. He is currently funded by FAA to obtain current exposure-response functions describing the effects of aircraft noise on sleep for the United States. Mathias has been an advisor to the World Health Organization (WHO) on the effects of traffic noise on sleep and health on a number of occasions. He performed a systematic evidence review on the effects of noise on sleep for the recently published revision of WHO’s Environmental Noise Guidelines for the European Region. Mathias is currently President of the International Commission of Biological Effects of Noise (ICBEN) and member of the Impacts and Science Group of the Committee on Aviation Environmental Protection (CAEP) of the International Civil Aviation Organization (ICAO). He also represents the University of Pennsylvania in FAA’s Aviation Sustainability Center (ASCENT).

Mathias on the TEDMED Blog

“Noise Is The Next Great Public Health Crisis.” Futurism. 2017.

01:00 — "Whenever you leave a concert or a bar and you have that ringing in your ears, you can be certain that you have done some damage to your hearing, likely permanent."

The fact that the ears are ringing is a sign that the cochlea was exposed to high noise levels for a long enough time, which has been shown to induce hearing loss in the long run. However, like everything, these effects are cumulative. A single exposure in one's lifetime will probably be without consequence, but repeated exposures like this very likely mean permanent damage.

03:51 — "Our body excretes stress hormones like adrenaline and cortisol that lead to changes in the composition of our blood and in the structure of our blood vessels, which have been shown to be stiffer after a single night of noise exposure."

The paper I was referring to here is from Schmidt et al.'s 2013 article, "Effect of nighttime aircraft noise exposure on endothelial function and stress hormone release in healthy adults". The noise exposures were placed days apart, and effects could be seen after the first night of noise exposure.

04:05 — "Epidemiological studies show associations between the noise exposure and an increased risk for high blood pressure, heart attacks and stroke ..."

It should be noted that the evidence for hypertension and myocardial infarction is better than for stroke, the association for which appears to be dependent on the type of noise, stroke and epidemiological study conducted. One helpful overview of such research:

05:52 — "In the past, we've done studies on the effects of traffic noise on sleep, and research subjects would often wake up in the morning and say, "Ah, I had a wonderful night, I fell asleep right away, never really woke up." When we would go back to the physiological signals we had recorded during the night, we would often see numerous awakenings and a severely fragmented sleep structure."

One such study example includes the article I co-authored with Uwe Müller and Eva-Maria Elmenhorst in 2011, "Single and Combined Effects of Air, Road, and Rail Traffic Noise on Sleep and Recuperation".

09:42 — "Robert Koch supposedly once said, "One day, mankind will fight noise as relentlessly as cholera and the pest.""

Although this powerful quote, cited in books and talks like mine, is often assigned to Robert Koch, I could not locate a reference that corroborates him as the source of this statement. As such, it may not have actually been spoken by him. 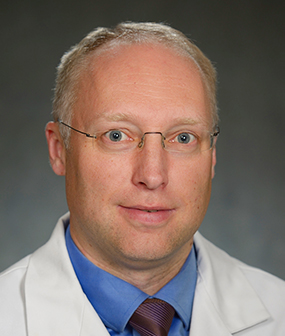 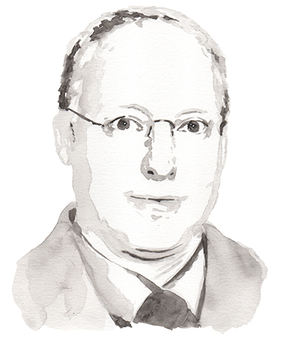