Improv artists Karen Stobbe and Mondy Carter share how they use the rules of improvisation to break through conventional caregiving techniques and open up new worlds for persons with dementia.

Karen was working as an actress, writer instructor and theater improviser when her father was diagnosed with Alzheimer’s disease. Being with her father in the days leading to his death, Karen was struck by the surprising similarities between improvisational acting and caregiving for persons with dementia. Combining both worlds, Karen created a workshop and training guide for dementia caregivers based on the rules of improvisation. Together with her husband, actor and improviser Mondy Carter, Karen wrote and performed the show “Sometimes You Gotta Laugh,” an educational and entertaining take on Alzheimer’s disease, caregiving, humor and stress. She and Mondy live in North Carolina with their daughter Grace and Karen’s mom, Virginia, who also has Alzheimer’s disease.

Alzheimer’s caregivers: Care for yourselves, too
Nugent, M. ChicoER News. 2014.

Step Into Their World: The Parallel Universes of Alzheimer’s and Improv
Richardson, E. Mockingbird. 2014.

The “Parenting my Parents” Theme
Basting, A. Forget Memory Blog. 2007. 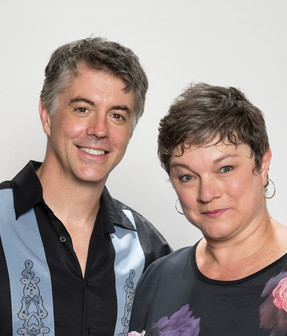 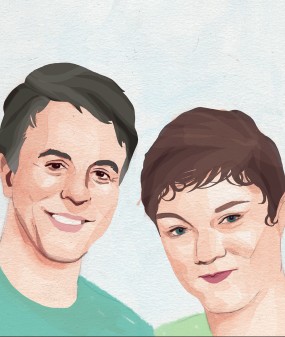