BIO:
Victor Wang is Founder and CEO of GeriJoy Inc. Considering his grandmother in Taiwan who became depressed due to being home-bound and living alone, Victor started GeriJoy to bring joy to seniors living away from family. GeriJoy supports seniors’ well-being through patent-pending virtual companions that can provide benefits similar to live pet therapy. These virtual pets serve as real-time avatars for a worldwide network of humans, who provide intelligent, compassionate conversation about topics like family photos and news. Essentially, it’s the modern realization of the fabled talking dog, Internet-connected and even able to provide peace of mind for caregivers by updating them on how the senior is doing.

Victor grew up in Canada, programming role-playing games for MS-DOS at age six. He received a Bachelor of Applied Science from the University of British Columbia, majoring in Mechatronics Engineering and minoring in Commerce, and was awarded the Wesbrook Scholar designation. After working stints in telemarketing, environmental research, aerospace manufacturing, particle physics, oil sands, medical robotics, and the military, as an officer, Victor won the Canada Graduate Scholarship and earned his Master of Science at MIT. There, he researched human-machine interaction for the NASA space telerobotics program while serving as one of the premier leaders in graduate student government. He has been recognized by organizations such as AARP and the Center for Connected Health as an innovator and thought leader in the field of senior care technology. 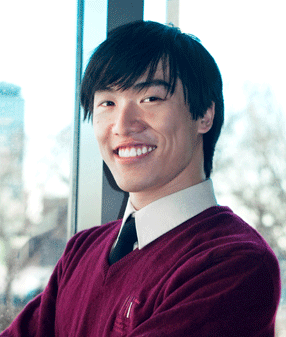 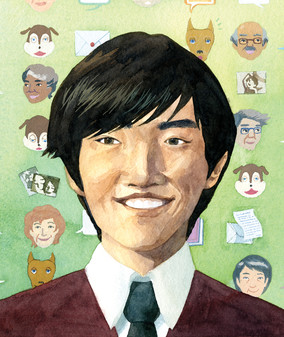