Abraham Verghese, Provostial Professor and Vice Chair for the Theory and Practice of Medicine at Stanford University’s School of Medicine, shares a compelling and original perspective on the impact of language on medicine.

"It's a peculiar atrophy of the imagination at a time when our scientific imagination knows no bounds. I think our right brains are churning, wanting to label and make colorful and to connect, but the imagined constraints of science and data have introduced a peculiar self-consciousness." — Abraham Verghese

Abraham Verghese is a rare breed of physician who writes, teaches, and speaks as well as he doctors. Born in Ethiopia to Indian parents, his journey as an American physician has been the subject of two best-selling memoirs. He is a Professor and Vice Chair for the Theory and Practice of Medicine at Stanford University’s School of Medicine and author of Cutting for Stone. In a modern era of medicine when patients can seem to be mere data points, Abraham believes in the value and ritual of the physical exam, and the power of informed observation. A graduate of the Iowa Writers' Workshop, Abraham is a member of the TEDMED Editorial Advisory Board, and an elected member of the National Academy of Medicine. In 2016, in a White House Ceremony, he received the National Humanities Medal from President Barack Obama.

Cutting for stone: a novel
Verghese, A. 2009. Vintage Books.

The Tennis Partner
Verghese, A. 1998. HarperCollins. 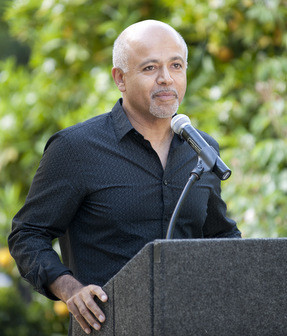 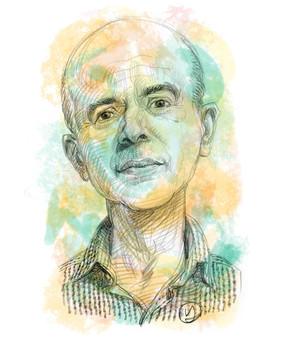