Elizabeth Marincola is the CEO of the Public Library of Science, as well as the former President of the nonprofit membership organization Society for Science & the Public (SSP) and publisher of Science News, the award-winning magazine. SSP’s other programs and publications include the Intel Science Talent Search (formerly known as the Westinghouse Science Talent Search), the Intel International Science and Engineering Fair, Science News for Kids, Science News Prime for the iPad, and the Broadcom MASTERS (for middle school students.)

Marincola was for fourteen years Executive Director of the American Society for Cell Biology, a leading scientific society, distinguished for its Congressional advocacy, promotion of access to the scientific literature, and support of women and underrepresented minorities in science. For its work, Marincola accepted the 2004 Presidential Award for Excellence in Science, Mathematics and Engineering Mentoring from the President of the United States. The ASCB honored her service in 2002 by naming her, with the late actor-advocate Christopher Reeve, the first Citizen Member of the Society.

Marincola served on the founding National Advisory Committee to PubMed Central of the National Institutes of Health from 2000-2003, and as Director of the Joint Steering Committee for Public Policy (now the Coalition for Life Sciences) from 1991-2005. She currently serves as Chair of the Board of eLife, a collaboration of the Howard Hughes Medical Institute, the Wellcome Trust, and the Max Planck Society. She also serves on the Brain Trust of the Global Innovation Forum of the National Foreign Trade Council and the Women in Cell Biology Committee of the American Society for Cell Biology. Marincola served on the Board of Directors of the Public Library of Science from 2005-2011, and recently served on the Advisory Board of the Krasnow Institute for Advanced Study at George Mason University. She is the only nonscientist to be named the Fae Golden Kass Lecturer at Harvard Medical School.

Before moving to D.C., Marincola was Director of Development for Stanford University Hospital and held other administrative posts at Stanford, where she also earned her bachelor’s degree in 1981 and her MBA from the Stanford Graduate School of Business in 1986.

Marincola is author or co-author of dozens of articles published in journals and magazines including Harvard Business Review, Cell and Science. She writes a blog for the Huffington Post. She has served as Principal Investigator or co-PI on many federal research grants.

Marincola is married to Francesco (Franco) Marincola, MD, a surgeon and immunologist who is Chief of the Infectious Disease and Immunogenetics Section in the department of transfusion medicine in the clinical center of the National Institutes of Health. They have three children: James (1986), Paula (1988) and Rachel (1993). 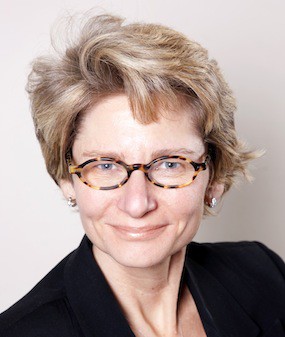 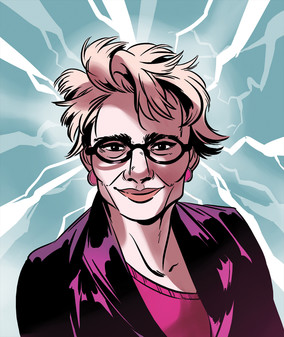 CEO of The Public Library of Science