IN A NUTSHELL:
Truly inspiration in action, the sequined and fabulous Richard Simmons will get us all moving from the TEDMED stage.

BIO:
Richard Simmons has been on a 30-year crusade to encourage Americans to “take control of their fitness destiny.” Delivering a serious message with trademark zany humor, Richard has helped millions of overweight men and women lose more than three million pounds by adopting sensible balanced eating programs and exercise regimes that are energetic, fun and motivating. After beating his own childhood weight issues, Richard launched an innovative Los Angeles fitness center for the overweight and out-of-shape, then went on to host his multiple Emmy-winning nationally syndicated TV series, “The Richard Simmons Show.”  He has authored nine books including the New York Times bestseller Never Say Diet. His offerings also include smart eating products and 65 fitness videos that have collectively sold over 20 million copies. 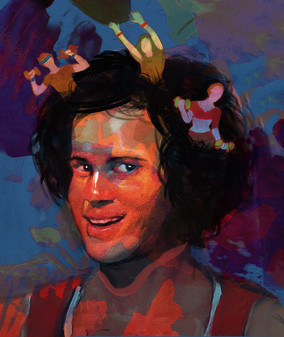