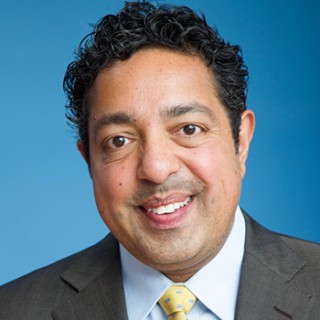 Atul Butte, MD, PhD
Director of the Institute of Computational Health Sciences at the University of California, San Francisco
Atul Butte, MD, PhD is the inaugural Director of the Institute of Computational Health Sciences (ICHS) at the University of California, San Francisco, and a Professor of Pediatrics. Atul is also the Executive Director for Clinical Informatics across the six University of California Medical Schools and Medical Centers. He trained in Computer Science at Brown University, worked as a software engineer at Apple and Microsoft, received his MD at Brown University, trained in Pediatrics and Pediatric Endocrinology at Boston Children's Hospital, and then received his PhD from Harvard Medical School and MIT. Atul has authored nearly 200 publications, with research repeatedly featured in Wired Magazine, the New York Times, and the Wall Street Journal. He is also a founder of three investor-backed data-driven companies: Personalis, providing clinical interpretation of whole genome sequences; Carmenta (acquired by Progenity), discovering diagnostics for pregnancy complications; and NuMedii, finding new uses for drugs through open molecular data. Atul is also the principal investigator of the California Initiative to Advance Precision Medicine and the principal investigator for ImmPort, the clinical and molecular data repository for the National Institute of Allergy and Infectious Diseases. He also was a speaker at TEDMED 2012.