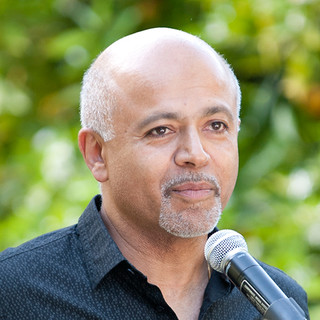 Abraham Verghese, MD
Physician and Author
Abraham Verghese is one of a rare breed of physicians who writes, teaches and speaks as well as he cares for patients. Born in Ethiopia to Indian parents, he has experienced a remarkable journey as an American physician – a journey that has been the subject of two bestselling memoirs. He is a Professor and Vice Chair for the Theory and Practice of Medicine at Stanford University’s School of Medicine and author of the novel Cutting for Stone. In the modern era of medicine, where patients can seem to be mere data points, Abraham believes in the value and ritual of the physical exam, and in the power of informed observation. In 2011, he was elected to the Institute of Medicine and in 2014 he received the prestigious Heinz Award for the Arts and Humanities. He spoke at TEDMED 2014 and was also a co-host at TEDMED 2015.